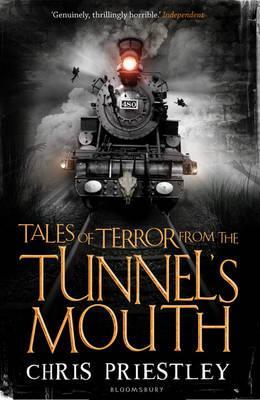 My father tried his best, putting his hand on my shoulder and pointing various things out to me, but when he had run out of things to point at, he was overcome with a kind of sullen melancholy and left the house to go shooting alone for hours.

My mother was of a nervous disposition and seemed unable to relax in my company, leaping to her feet with a small cry whenever I moved, cleaning and polishing everything I touched or sat upon. What do you and he do all afternoon when you visit him, Edgar? I heard a story once. My father frowned and looked at his plate.

I have no recollection of ever visiting him when the trees of the wood between our houses were in leaf. All my memories of walking through that wood are when it was cold with frost or snow and the only leaves I ever saw were dead and rotting on the ground. At the far side of the wood there was a kissing gate: one of the kind that lets only one person through at a time while ensuring that the gate cannot be left open and allow sheep to escape.

Well, none that you could call livestock at any rate. I never liked the kissing gate. It had a devilishly strong spring and my uncle did not have it oiled as often as he might.

In any event, I never once passed through without feeling the strangest horror of being trapped.

In the odd state of panic that came over me, I foolishly imagined that something was coming at me behind my back. Of course, in no time at all, I managed to pull back the creaking gate and squeeze through, and each time would turn with relief to see the wood unchanged beyond the small stone wall I had just passed through.

Even so, in my childish way, I would turn again as I set out across the paddock, hoping or rather perhaps dreading to catch sight of someone — or something. But I never did. That said, I did sometimes have company on my walk.

The children from the village would occasionally skulk about. I had nothing to do with them, nor they with me. I was away at school. I do not wish to sound a snob, but we came from different worlds.

I would sometimes see them among the trees, as I did this particular day. They did not come near and never said a word. They stood silently among the shadows. Their intention was clearly to intimidate me, and in that they were quite successful, but I did my best not to appear ruffled.

I made a show of ignoring them and continued on my way. The paddock was overgrown with long ragged grass and the dry brown seed heads of thistles and teasels and cow parsley.

As I walked across the track of trampled grass towards the garden gate, I could see and hear the scampering movement of what I took to be rabbits or pheasants, rustling in the undergrowth. I always paused at the gate to look at the house, which stood on its own little hillock as many churches do, and indeed there was something of the graveyard in its walled garden and something of the church in its arched Gothic windows and its spikes and ornaments.

The garden gate was as much in need of oil as the kissing gate and the latch so heavy that it took all my boyish strength to lift it; the metal so cold and damp it chilled my fingers to the bone. No doubt these massive yews had once been artfully clipped into the usual array of cones and birds, but for some years they had been growing wild.

Bloomsbury Children's Books. These stories are always chilling and scary and the more Edgar hears the more it becomes apparent that Uncle Edgar is somehow curiously involved in these gruesome encounters. These spine-tingling stories-within-a-story are the stuff of childhood nightmares, with a good smattering of ghosts, demons, blood and gore. The tension and unease builds up nicely throughout. Well written, well-paced and accompanied by perfect creepy illustrations, this is a wonderful book for children who like to be spooked!

Chris Priestley is the author of the Tales of Terror series and the hugely popular, award-winning Mister Creecher. He is inspired by the tradition of horror stories by authors such as Edgar Allan Poe and Mary Shelley. Chris is also a talented artist and illustrator, and his cartoons have been published in The Economist , Independent and other national newspapers.

Chris lives in Cambridge, where he continues to think up marvellously macabre stories. Short stories can be a great way of engaging reluctant readers, or and even introducing confident readers to more advanced stories. 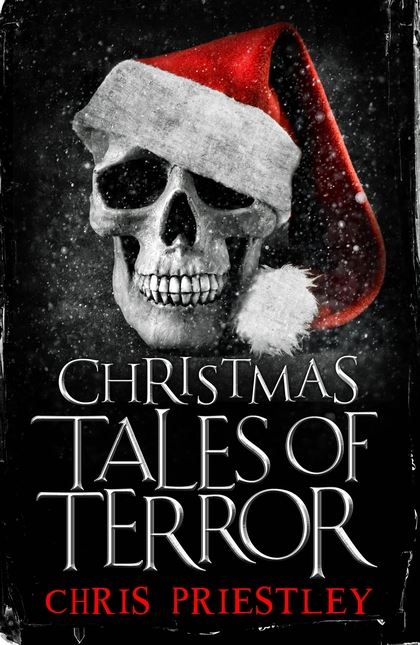 This field is required. I think that the tales of terror books are spine chilling because of the way it the stories is told is quite creepy. Invisible Fiends: Mr Mumbles.

Search the site Search term is required.I heard a story once. Joseph would show that old fool. My uncle had either not heard the noise or was untroubled by it, because he leaned towards me, smiling. The paddock was overgrown with long ragged grass and the dry brown seed heads of thistles and teasels and cow parsley.

The only thing I didn't care for were some of the narration between one story to the next. David Roberts illustrator.